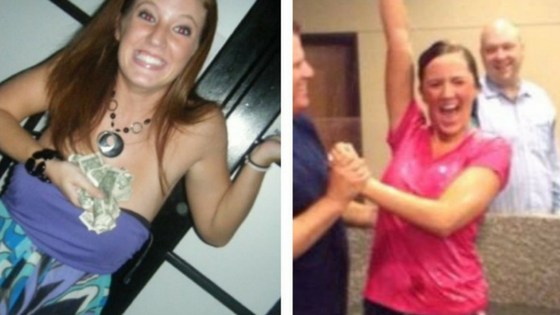 It hurts me even to look at the picture on the left. It’s one of those sharp-inhale-hold-my-breath kind of hurts.  I close my eyes and cry for that lost girl, but my tears also flow from a place of fervent gratefulness that the lost girl can triumphantly say, “ I WAS lost, but NOW I’ve been found. Who I was is not who I am in Christ today.” 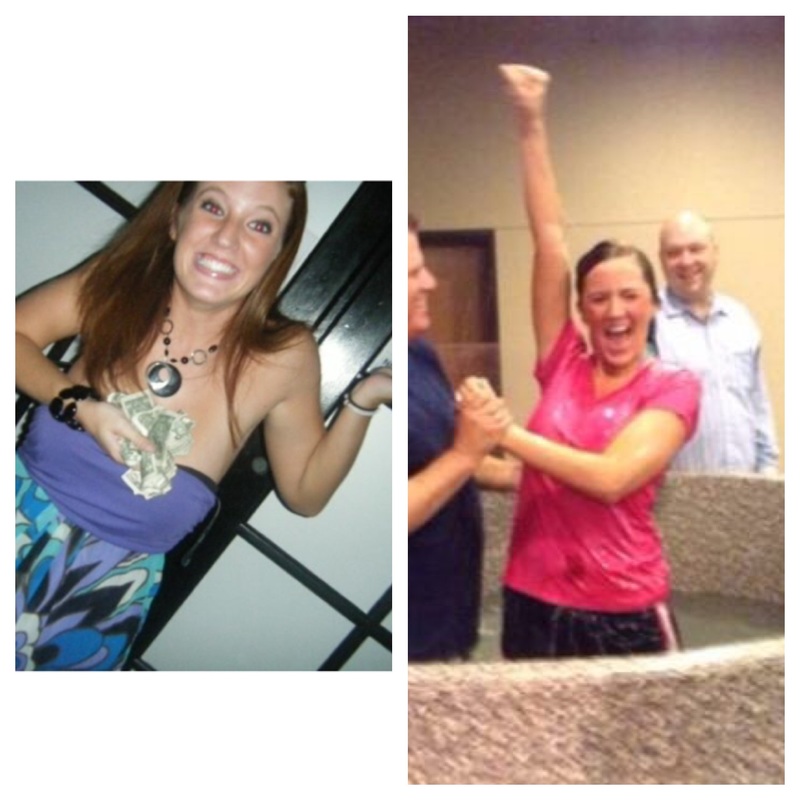 That’s the most agonizing part of the picture is the sorrow that can often remain a secret behind a smile. The happiness we can project even when we are up to our eyeballs in hurt and havoc.

I often think of Saul/Paul, the man who wrote the majority of the New Testament and endured jail, multiple beatings and shipwrecks for Christ. Before Paul’s conversion he was killing christians. He most likely smiled with each person he slaughtered. He most likely smirked with each man slain. He was marching down the road to murder more disciples when Jesus intervened, called to him, spoke with him and then blinded him until a man sent by God prayed over Paul and the scales on his eyes fell off. I was blind to my brokenness. The scales on my eyes were shutters keeping the darkness in and the light out.

The scales on my eyes were shutters keeping the darkness in and the light out. Click To Tweet

I was blind to what was the absence of Jesus in my life because I had never experienced the abundance his life brings.

Easter reminds me Jesus didn’t come to make bad people good, but to bring dead people to life. Jesus came to this earth on the greatest rescue mission of all time and he resuscitated me, redeemed me, and reconciled me to God through his life, death and resurrection.He shed his blood so I could shed my old sinful self
He was abandoned by his friends, so I could be adopted by his father
He was stripped naked so I could be clothed in righteousness
He endured nail-made holes in his hands so I could be holy in this land
He was brutally broken so I could become beautifully whole Click To Tweet
He was devalued by being spit on and scoffed at so I could secure value by his blood
His blood was stained on his skin so that I could be presented without any stains to the world
He was humiliated in front of all people so that I could find hope in one person
He was found guilty, so I could find forgiveness and freedom
He was set on the cross so I could be set apart
He laid his life down so I could be lifted up
He bore my sins so I could be born again
He gave his life away to make a way for me
He gave his last breath knowing his death and resurrection would breath brand new life into meHis life for mine.What a beautiful exchange occurred when my heavenly father looked down on the Earth and he couldn’t stand what was happening. He couldn’t take one more second of separation. He saw me in my adultery, in my sexual immorality, in my drunkness, in my numbness, in my perverted words and thoughts, in my abusive actions, and he said “I want you, Tiffany. I am coming for you because you are my chosen daughter. I am sending my son for you in the middle of your sins. In the middle of the destruction. I am coming for you, my beloved. I love you and I will prove my unwavering, unfailing love for you through the sacrifice of my perfect son in the place of every single last one of your imperfections. God said similar words to those around the christian-killing Paul, “He is a chosen vessel of Mine.” This is the scandal of grace that Jesus died in my place. When Jesus chose the cross he chose me, he chose you, he chose us. Now, my darlings, because of the cross He is calling us all to find life in him and through him.
No comments yet
Easter redemptions resurrection sunday testimony transformation