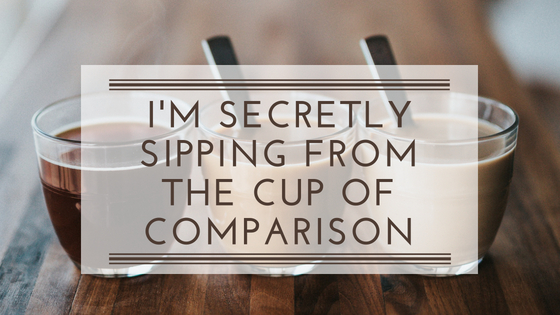 I’m secretly sipping from the cup of comparison, but all it’s doing is leaving a bad taste in my mouth.

Chances are either you, or a friend of yours,  has taken a break from social media because they feel inundated with “my life is better than yours” messages on a daily basis. You can go from happy to hopeless in a matter of seconds after scrolling through Facebook or Instagram.

You thought you had your life together? Well, think again Sloppy Sue because Perfect Patty just cooked a six-course meal, while sanding her new kitchen table, painting a statement door, and making sure to whip up something like this for her kids. 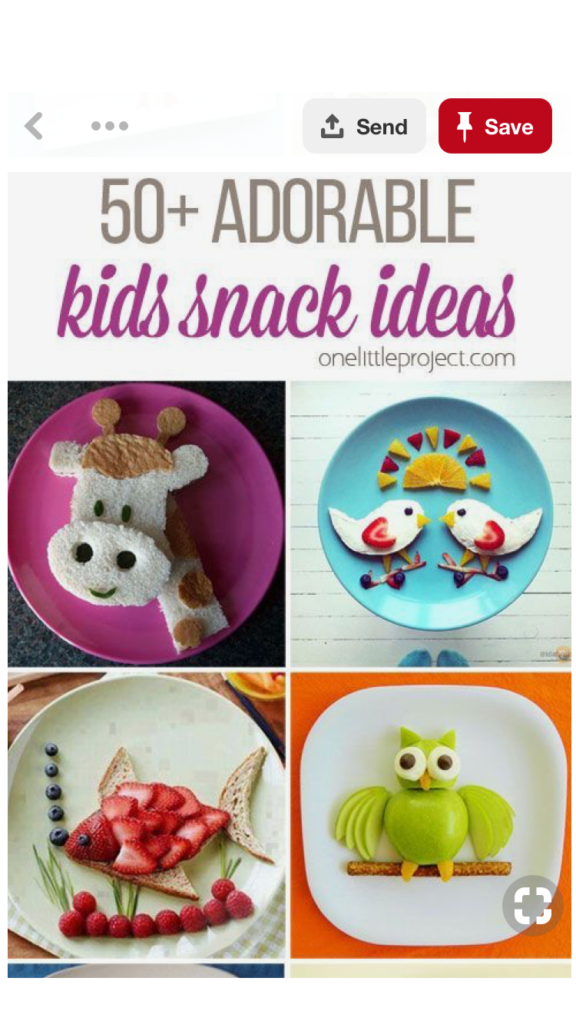 I totally get it.

I’ve never been one to be jealous of a friend getting married and beginning her happily ever after. I always thought getting married before the age of 25 was a lot like leaving a party before 10 anyway. 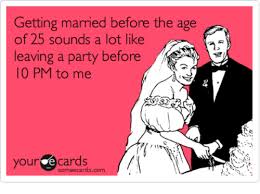 And baby announcements don’t send me into a panic just because I feel like it should be my turn to enjoy baby bliss.

I don’t get jealous of seeing girls with a six-pack, mainly because I would never forfeit my ice cream for a butt without cellulite. I’ve made my choice.

Before you think I’m comparison-proof, there is one thing that sends me into a frenzy.

A few months after moving to Uganda, comparison kicked me right in the gut.

It didn’t hit me how I expected. It didn’t happen while pinning a new recipe I would never cook on Pinterest, trying to figure out which filter would make me look tan on Instagram, or during my daily scroll on my Facebook feed.

Nope. It happened on LinkedIn of all places. I saw a girl who looked to be 16 with the title of Executive Director of Communications. I scanned her profile full of top-tier publications she’s written for and different high-class committees she belongs to.

And I lost it.

You see I might not be envious of people saying “I do” or sharing all the milestones their baby has accomplished in just two short months of life, but I am envious of professional achievement. Those women who have made a “30 under 30 list” or karate-chopped their way through the glass ceiling.

This is my thing. And I’m coming to terms with it now.

As I viewed this woman climbing the corporate ladder, I compared her accomplishments to my current state. I had moved to Uganda, removed myself from the Fortune 500 scene and lost all chances of reaching my disillusioned view of “success.” At least in a traditional sense.

Basically, I would be perfectly content being single, without any offspring and legs that jiggle like a bowl of jello as long as I can have a shelf full of prized professional trophies in my life. I measure my life based on LinkedIn accolades and awards. Uganda (and God) exposed this part of me because I no longer had any work-achievements worthy of working toward.

When I was in the states I had the chance to visit my friend’s church where the pastor taught from Matthew 20. In Matthew 20, Jesus shares a parable about the kingdom of Heaven. In this parable, a landowner goes out and looks for people to work in his vineyard. He finds and hires the first group of men whom all agree to the day’s wage and they set out to work. Life is good!

But the landowner doesn’t stop there.

He continues to go out and find men to work in his field throughout the day, even up to the point when there’s only one hour left in the workday.

When it comes time to pay the workers, the workers hired last are paid first. These men didn’t expect to get a full day’s wage for only working a partial day, yet they find themselves getting paid for a full day of work. The last group sees everybody else getting paid an abundance for their work and expect the same surplus will be granted to them. Maybe they are already contemplating how they will spend the extra cash soon to be handed to them. Can you imagine their feelings when they were given the wage they originally agreed upon?

Those who were initially content, most likely even grateful for work and getting paid a day’s wage, turned disgruntled.

“These who were hired last worked only one hour,” they said, “and you have made them equal to us who have borne the burden of the work and the heat of the day.” “But he answered one of them, ‘I am not being unfair to you, friend. Didn’t you agree to work for a denarius? Take your pay and go. I want to give the one who was hired last the same as I gave you. Don’t I have the right to do what I want with my own money? Or are you envious because I am generous?” (Matthew 20: 12-15)

“Are you envious because I am generous?”

It was like the Holy Spirit was presenting this question right to my heart. How often am I mad at God’s generosity for someone else? He extends favor and grace to whom He wishes.

But for Christians who aren’t content, seeing others blessed can make us burn with jealousy.

We say “congratulations” while smiling through clenched teeth.

We attend the party, but then throw a pity party for ourselves in the privacy of our home.

Think about the parable of the prodigal son. When the son returns after disowning his father and squandering all his inheritance, the father not only welcomes him back with open arms but lavishes gifts on him and throws a party. I can get so caught up in this expression of grace, that I miss the other son’s response to his father’s actions.

‘Look! All these years I’ve been slaving for you and never disobeyed your orders. Yet you never gave me even a young goat so I could celebrate with my friends. But when this son of yours who has squandered your property with prostitutes comes home, you kill the fattened calf for him!’ (Luke 15:29-30)

It’s easy to be this brother. We cry out to God how unfair our lives are because it looks different than someone else’s life who, in our minds, we deem unworthy of God’s generosity.

I mean that’s really what’s going on, isn’t it?

Maybe you were passed up for a promotion, yet have been working 60+ hours and have been with your company for 20 years. Yet the person who clocks in at 8:00, leaves at 5:00 and has only been with the company 5 years was given the chance to move up. Maybe you’ve been trying to have a baby for three years, yet your friend gets pregnant her first month of trying. Maybe your friend lands a Godly husband, yet since you’ve been following Christ longer than her you believe you deserve to be with that man instead.

God is not oblivious of my inclination to compare and to become ungrateful, but he does approach me with a choice. The same choice he gives everybody struggling with comparison. God’s handing us all an invitation to celebrate the success of those around us and become constant cheerleaders for Him.

Will you accept it and join the party?