Deprecated: sanitize_url is deprecated since version 2.8.0! Use esc_url_raw() instead. in /home/jesusfree1/public_html/wp-includes/functions.php on line 4859
 The One Question You Should Ask Everyday - Jesus Frees Us 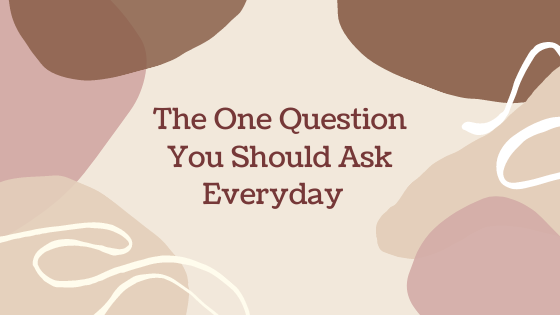 My husband Ashiram and I currently live in an apartment in Uganda. For those not familiar with Uganda, most homes and apartments are surrounded by a wall and traditionally have guards onsite to minimize crime.

We’ve lived in our apartment for almost four years now and have seen many guards come and go.

Over time, we began to hear stories about the guards not getting their full salary and, often, not being able to eat even a meal a day which is pretty important if you are responsible for guarding property and people.

On multiple occasions throughout the week, my husband would ask one of the guards if he had eaten at all. Nine times out of ten the guard hadn’t had a single meal.

Ashiram always shakes his head at the sadness of the situation and turns to me and asks the most powerful question.

He goes on to mention how, if circumstances were different, that could easily have been him as a guard. If he were in the guard’s shoes, Ashiram would want someone to be kind enough to meet his basic needs.

Asking this question when we find ourselves in similar situations would not only change the trajectory of someone else’s day but is exactly what Jesus asks of us.

When I read this, I translate it into a simple sentence. “When I was in NEED, you HELPED me.”

A verse that always challenges me is Proverbs 3:27-28, “Do not withhold good from those who deserve it when it is in your power to act. Do not say to your neighbor, ‘Come back later; I’ll give it tomorrow’– when you now have it with you.”

When we see our guard, we normally are either about to make dinner or have brought dinner home and can make him a plate of food too. If he is experiencing hunger pains that day, why would I wait to help ease his hunger tomorrow?

Living in Uganda, I know what it feels like to have generosity fatigue. Sometimes I find the needs around me to be so overwhelming that I don’t want to step foot out of my house.

I know by leaving the comfort of my home, I am going to be confronted with the reality of the broken world we live in.

But Jesus was WITH people. He never tried to keep peoples’ pain at arm’s length but allowed all people to come to him broken, bound, and saddled with baggage.

I’m not saying we should solve every problem that is presented to us, but we should at least be able to ask, “Jesus, what would you have me do? What if it were me?”

What if it were me who could not afford school fees for my child?

What if it were me who could not pay for the life-saving hospital care my spouse needed?

What if it were me who didn’t have a meal to eat that day?

2 Replies to “The One Question You Should Ask Everyday”