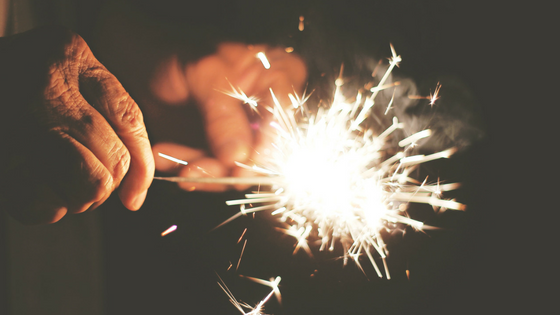 Catalyst: A person or event that quickly causes change or action
Billy Graham is known as an evangelistic preacher that has shared the gospel with millions of people in over 185 countries. When I see a man that has been exalted by the Lord I often ask, “How did he get his start?” After doing some research, I found out two catalytic events in Billy Graham’s life:
1) A person’s pivotal prayer
2) A man’s faithfulness to respond to God’s call

Billy Graham was a small-town farm boy. According to the Billy Graham website, one day there was a prayer meeting being held in the pasture of his family’s farm. Little did Billy know that day a man named Vernon Patterson prayed that God would raise up someone from Charlotte to preach the Gospel to the ends of the earth. An earnest prayer preceded Billy Graham’s encounter with Jesus.

Mordecai’s Call To Be a Catalyst

A few months later Mordecai Ham, a traveling evangelist, preached an 11-week revival where Billy, on a whim, attended. Not many people know Mordecai Ham’s name, but many are familiar with Billy Graham’s legacy. Mordecai was faithful listening to the calling on his life and that resulted in God working through him to transform 15-year old Billy Graham. Mordecai Ham was the catalyst in Billy Graham’s life.
Acts is one of my favorite books in the bible because it shows me how the church first looked empowered, brazen, and multiplying at a rapid rate. The early church unashamedly shared the gospel to Jews, Gentiles and everybody in between. Acts is where we find Paul, the man who wrote the majority of the New Testament, but who is also the man killing Christians before he encountered Jesus on his slaying spree.  Paul was a modern-day jihadist.
I noticed two pivotal moments that surrounded Paul’s transformation. Similar to Billy Graham’s story, a man’s pivotal prayer and another man’s faithfulness to God’s calling surround Paul’s story.

Stephen was a man full of God’s grace and power. As he performed great miracles and wonders among the people, opposition arose from other people not keen on what Stephen was sharing. They went so far to produce false witnesses to testify against Stephen and as Stephen spoke about seeing Heaven the crowd, full of fury, rushed him and stoned Stephen. Moments before Stephen died his last recorded words were, “Lord, do not hold this sin against them.” As he uttered this plea to heaven Saul was there giving approval to Stephen’s death. (Acts 7:60)
You see, Saul/Paul’s conversion could be a result of the last prayer given by Stephen as he was stoned to death. Stephen prayed that the Lord would not hold this sin against “them” and “them” included a Paul/Saul sitting at the side nodding his head in approval. Stephen loved until he gave his last breath, offering up a prayer of forgiveness to God on behalf of his enemies.

Ananias’ Call To Be a Catalyst

Fast forward to Saul still breathing out murderous threats against the Lord’s disciples on his way to Damascus when a light from heaven flashed around him and a voice said, “Saul, Saul, why do you persecute me?” After the encounter, Saul opened his eyes but could see NOTHING. He was blinded and his friends had to hold his hands and lead him to Damascus. In Damascus, there was a disciple named Ananias who the Lord called to in a vision and said, “Go to the house of Judas on Straight Street and ask for a man from Tarsus named Saul, for he is praying. In a vision, he has seen a man named Ananias come and place his hands on him to restore his sight.” (Acts 9)
Saul was BLIND, yet he still had a vision. How powerful is that? We might not be able to see what’s in front of us or what’s in front of us might not look like what we expected, but we must have a vision for where God is taking us. In the middle of blinding darkness ask God, “Who I am becoming? Where are you in this moment?”
Ananias knew Saul’s reputation of murdering Christians and wanted to steer clear of that man. I mean can you blame him? But God replies to his rebuttal with, “Go! This man is my CHOSEN INSTRUMENT to carry my name.”
I wonder if Ananias took the long way to Straight Street wanting to stop at Starbucks instead? I wonder if he delayed getting to his destination knowing the man that was awaiting him? I wonder what his thoughts were as he made the journey to the house of Judas? But the scripture said, “Ananias went to the house AND entered it.” I love that God makes this distinction, because so many arrive at the doorsteps of our destiny, but never cross the threshold to grab hold of what God wants to do through us.
Many arrive at the doorsteps of our destiny, but never cross the threshold to grab hold of what God wants to do through us. Click To Tweet
“Placing his hands on Saul, he said, ‘Brother Saul, the Lord-Jesus, who appeared to you on the road as you were coming here- has sent me SO THAT you may see again and be filled with the Holy Spirit.’ Immediately, something like scales fell from Saul’s eyes, and he could see again. He got up and was baptized, and after taking some food, he regained his strength.”
He calls him brother although he killed his BROTHERS. He didn’t just call him by name. He didn’t even call him a friend. But he called him family even though days before he was viciously murdering members of the faith family he now belonged to. Again, this would be like me coming face-to-face with an ISIS insurgent and radically loving him like Jesus calls us to.  The magnitude of this moment and the level of Ananias’ obedience overwhelms me. He conversed with God about his concerns, but carried out  God’s call and went to Straight Street to pray over the man who once slew the saints.
Billy Graham has shared the gospel more than anybody else in history. Paul’s testimony lives on in the New Testament as he shared the gospel message to all nations impacting every generation to come. The stories of these two men of God run parallel as both were surrounded by pivotal prayers and people. Can you pinpoint pivotal people or prayers in your personal stories?
I am often amazed at mapping out life events and finding pivotal moments where life never remained the same. Maybe the Lord is calling you to be the catalyst for change in your toxic workplace, fractured family, challenged city, or God-neglecting nation.   One thing is certain, the call of a catalyst will lead you outside your comfort zone.
The call of a catalyst will lead you outside your comfort zone. Click To Tweet
No comments yet
Acts Billy Graham Catalyst Christian Blogger jesus frees us Mordecai Ham