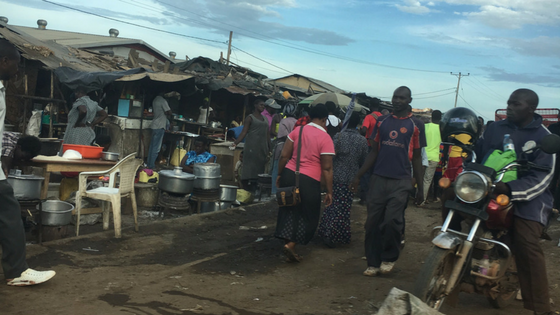 I knew it was inevitable – culture shock.   I naively hoped my transition would be as smooth as gliding down a water slide on a hot, Texas summer day. Kind of like this. 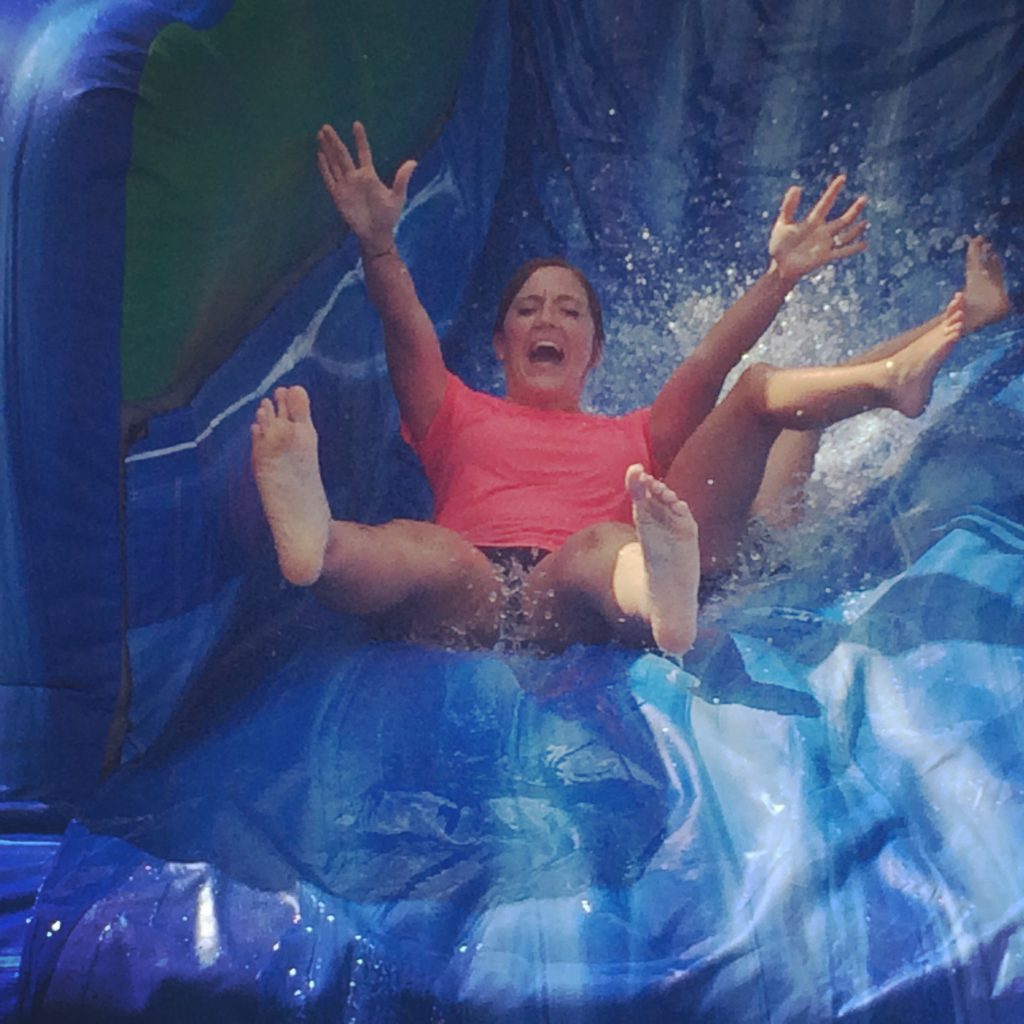 I downplayed the fast-approaching drastic life change. Not only was I being transplanted to a new continent and culture, but I was also getting engaged and married within a month of landing. That’s a lot of life change condensed into a short window of time, but I couldn’t argue that God had been steadily preparing me the past six months for the life-altering move. In fact, most people in the bible where often called to live in foreign lands. God is an expert in this territory and I knew I couldn’t be in better hands. He wouldn’t lead me somewhere He hasn’t already been. That fact alone brought me comfort on the days I battled culture shock and turbulent emotions.
I arrived in Uganda and the chaotic, hazardous driving that once gave even my anxiety anxiety did not rattle me. I beamed on the inside thinking to myself, “I must have mastered culture shock! Tiffany 1, Culture Shock 0.” The tide quickly changed directions the next morning. I groggily went to the kitchen to scrounge up some caffeine when I found ants scattered everywhere. I allowed a small whimper to escape my mouth when I couldn’t find any paper towels to wipe the ants away. My small whimper threatened to become a full-blown cry when I glanced down to find a plate of spaghetti served for breakfast. I couldn’t reign in my tears any longer and began to sob slowly. Culture shock was creeping in like an unwelcome house guest.   During the first week in Uganda, the only days I didn’t find myself crying were the days I spent time with my friend Lindsay who left Florida for Uganda over a year ago. I started a tracker similar to what you find in plants to monitor their accident-free days. “It’s been 28 hours since my last cry.” I wondered if every day would consist of crying over molehills that appeared as mountains in my new life.
My meltdowns probably appeared melodramatic to Ashiram. Looking back I might even have to agree, but in the moment the despair swallowed me like that whale gulped up Jonah. One night I thought it would be a great idea to test out our cooking skills and whip up some pancakes together. What better way to bond as a couple after all our time apart? All was going well as we mixed in the ingredients and stirred the batter to a thick consistency. Here in Uganda, because the power often goes out randomly, most people cook with gas. I have never cooked with gas (and let’s be honest even my electric cooking skills are limited) so the pancakes came out either not fully cooked or burnt. I immediately began to cry at the dinner table with a half-chewed pancake in my mouth. How am I supposed to cook for my family if I can’t even operate the stove correctly? I will not be winning any hospitable housewife awards in my near future. (FYI: Recently, his mom came over and cooked an omelette that ended up burnt too. She complained we have a horrible PAN. Wish I would have known that pre creating a puddle with my tears). As I cried over the pancakes that night, the word despondent floated in my mind. I didn’t know the exact definition but when I Googled the word the definition displayed on my screen says “in low spirits from loss of hope.” To make matters worse the devotional the next day used this exact word. Holy Spirit was trying to tell me what was happening and how to pray against despondency devouring me and stealing my joy. I felt like my dreams had been dashed and instead of flourishing in the land like the verse the Lord gave me in the beginning of the year I saw only a life restricted by loss of luxuries. During that first week, it appeared I left one form of captivity at a constraining corporate job for another form of captivity of life in a place where I can’t yet drive, speak the language or perform any type of job for an income. That first week I said, “I am nothing. I have nothing” more than I would like to admit. It was a form of identity crisis combined with an evident loss of “control.”
One Sunday after church I dropped my head and started trembling with tears. Ashiram pulled over to the side of the road to ask my why I was crying. He has modeled true patience navigating through those days of culture shock and missing the luxuries of America. I confessed I missed my life in America where I had the freedom to jump in my car and drive anywhere and everywhere. I was always on the go and now I come here and it’s too dangerous to ride boda bodas and I am terrified to drive on these wild roads. Maybe I was grappling for control or simply needing something familiar that would help ground me here. Driving here is erratic for lack of order and motorcyclists weave around you causing a surge in accidents. Ash pulled over on a backroad and said, “You drive.” I jumped at the chance to drive! To feel the wheel in my hands and pedals under my feet. Ashiram reminded me getting acclimated to a new life isn’t done in one day. I needed to relax and not put pressure on myself to have a handle on all things as soon as I got here. Here I am spreading my wings behind the wheel moments after crying uncontrollably. 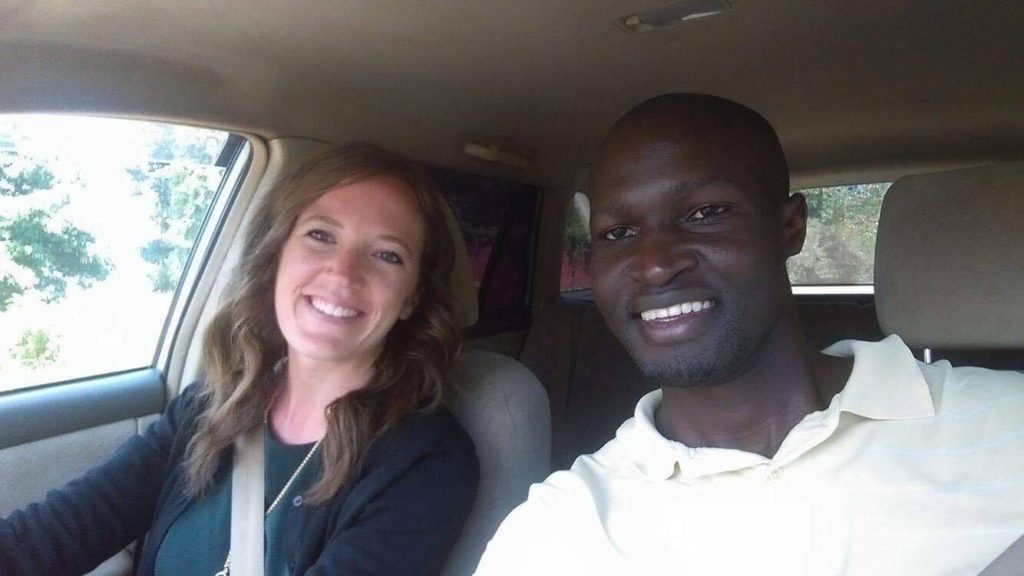 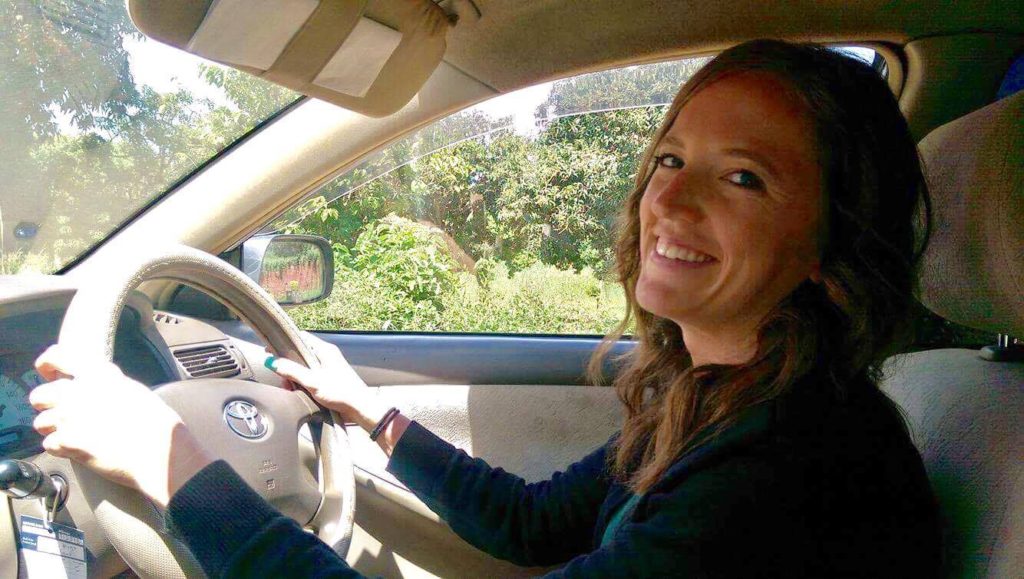 Driving pacified my scattered emotions. My meltdowns have minimized as I’ve settled into life overseas. I recognize the privileges and luxuries in the US that I took for granted, but I’m also learning how little we actually need to live. When I first got here, I would squeal every time I saw a cockroach crawl across the floor, now I am nicknamed the cockroach killer as I destroy any critter that crosses my path. I actually enjoy eating spaghetti for breakfast and I pour boiling water on the ants in the kitchen. I’ve learned having weak WiFi isn’t the end of the world and to repurpose my time when I’ve lost connection to the internet. Through it all I keep in mind Proverbs 30:8-10. “Keep falsehood and lies far from me; give me neither poverty nor riches, but give me only my daily bread. Otherwise, I may have too much and disown you and say, ‘Who is the Lord?’Or I may become poor and steal, and so dishonor the name of my God.” Give me only my daily bread. What a prayer in a world of excess.

2 Replies to “Acclimating to Africa: My Multiple Meltdowns”