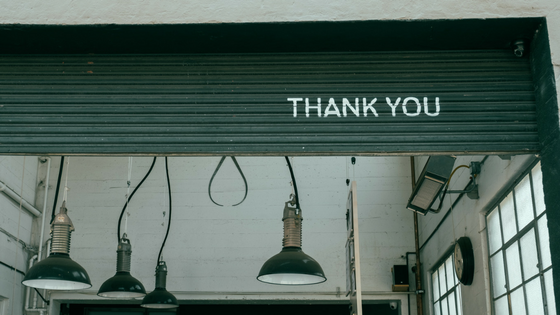 I’ve given Thanksgiving a second-place trophy for best holiday of the year. First place going to Halloween. The reason Halloween ranks number one in my book is a blog for another day. Why is Thanksgiving runner up on my list? When thanksgiving approaches people tend to reflect more on what they are grateful for in their life and champion an attitude of gratitude. I mean who doesn’t love more sincere thank yous? A couple years ago I made turkey construction paper cut-outs using the outline of my hand and wrote on the hand what I appreciated most about each family member. Super elementary, I know, but don’t you dare judge me! Naturally, I thought everybody else was riding my thankfulness train, so I suggested over Thanksgiving dinner that we should go around the table and say one thing we were thankful for. And that was the last year I was invited to family Thanksgiving. Kidding. I tried to to do it earlier this year because all the siblings were in the same place for the first time in FOREVER and they exasperatedly said, “UGH, not this again. It’s not even Thanksgiving YET.” You have been warned… just in case you ever want me to be your dinner guest. Christmas dinner I kick it up a notch. I invite everybody to share the best thing that happened to them that year and what they are most looking forward to in the year ahead.  My step dad gets genuinely emotional, my step brother cracks a smart remark and the newest newlyweds are always gushing with thankfulness for each other. GROSS.

Well, that was a long intro. I’m not real good at transitions so let’s cut to the chase!  I was recently introduced to a passage in the Bible that displays the power of thankfulness.

On the way to Jerusalem Jesus was going through the region between Samaria and Galilee. As he entered a village, ten lepers approached him. Keeping their distance, they called out, saying, “Jesus, Master, have mercy on us!” When he saw them he said to them, “Go and show yourselves to the priests.” And as they went, they were made clean. Then one of them, when he saw that he was healed, turned back, praising God with a loud voice. He prostrated himself at Jesus’ feet and thanked him. And he was a Samaritan. Then Jesus asked, “Were not ten made clean? But the other nine, where are they? Was none of them found to return and give praise to God except this foreigner?” Then he said to him, “Get up and go on your way; your faith has made you well.”

In this scene there’s ten lepers hanging out like a band of misfits, because in this time if you were infected with leprosy you were isolated and exiled from your community. I Googled images of leprosy. Not the best idea. But it looks like a fierce infection and was pretty much viewed as adult “cooties.” When these lepers cry out to Jesus he tells them to show themselves to the priests. During this time, people with leprosy had to get a clean bill of health from the priest to return to their family, friends and life pre-leprosy consuming their whole world. Once they got going, Jesus healed them, but he also knew to send them to the priests to play by the rules. Ten people were healed, y’all. They were all cured of a disease that once separated them from the rest of the world. They lived a life of constantly keeping their distance. No intimacy. No hugs from daughters, wives, or husbands. Can you imagine? I can’t. Mainly, because my love language is touch, so that would be my absolute worse nightmare. They crazy thing is our sin separates us from Jesus. Our sin causes this chasm in our hearts. But when we return to Him. When we call out out the healer something amazing happens and it’s displayed in the Scriptures.  One returned to Jesus, praised him LOUDLY and thanked him. Here’s the clutch sentence per Jesus that had my mind reeling, “Get up and go on your way; your faith has made you well.” Hold up? He was already healed, so how is he well? Is he double healed? Did Jesus double dip him?  So, I was like,  “Holy Spirit what does this mean?!” The Holy Spirit didn’t tell me, so I resorted to Google. Well is “Sozo” in the original language. Sozo means salvation. All ten were laomai, or healed, but only one was truly saved because he chose to go back to the source from whom all blessings flow. Some people can be healed on the outside, but it’s the inside that matters most. He chose to return to His rescuer. How many of us does God bless and we think, “Oh, well I’ve been a pretty good christian so I deserve that.” Or “Well, he hasn’t really shown up lately so he owes me one.” Or “God didn’t do that for me. It was my diligent work ethic.” That’s skating on some thin ice right there. Often I get caught up thinking I deserve to be blessed, when I should really be like the lepers who shout, “Master, have mercy on me!” They didn’t ask to be healed. They asked for His pity. His mercy. But Jesus always goes the extra mile. He heals incurable diseases. He breaks down unbreakable walls. He demolishes strongholds. THANK YOU, JESUS. We don’t deserve anything from you, but you gave everything for us. You laid down your life, so I could “get up and go on my way” with a faith that has saved me like the leper in the story. Thank you that you don’t cast me out, but reel me in. Thank you that you don’t reject me, but redeem me.

Some blessings happen in a blink of an eye and are easy to gloss over. Some blessing are big and command attention. Whether blessings are big, small or somewhere in between,  I encourage you this Thanksgiving to start writing down those blessing in your life. We can try it right now. I am thankful for _____. For me, I am thankful for being able to worship freely.

I would love to hear what you are thankful for in the comments below! Gratitude is looking good on you!

No comments yet
Christian Blogger gratitude jesus frees us